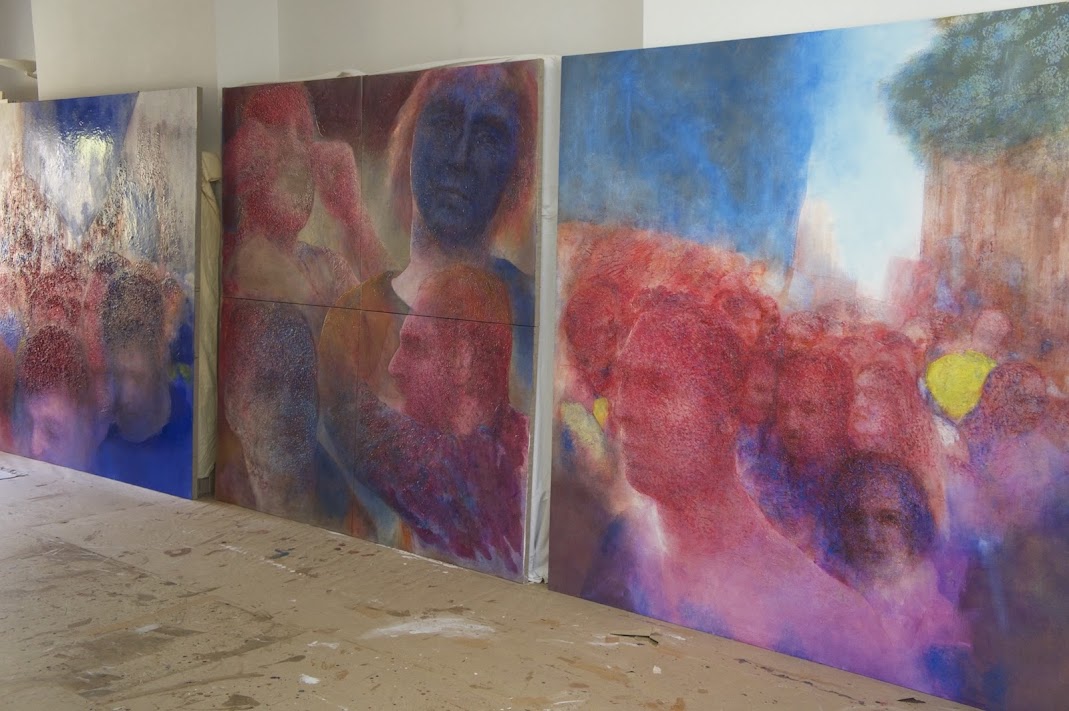 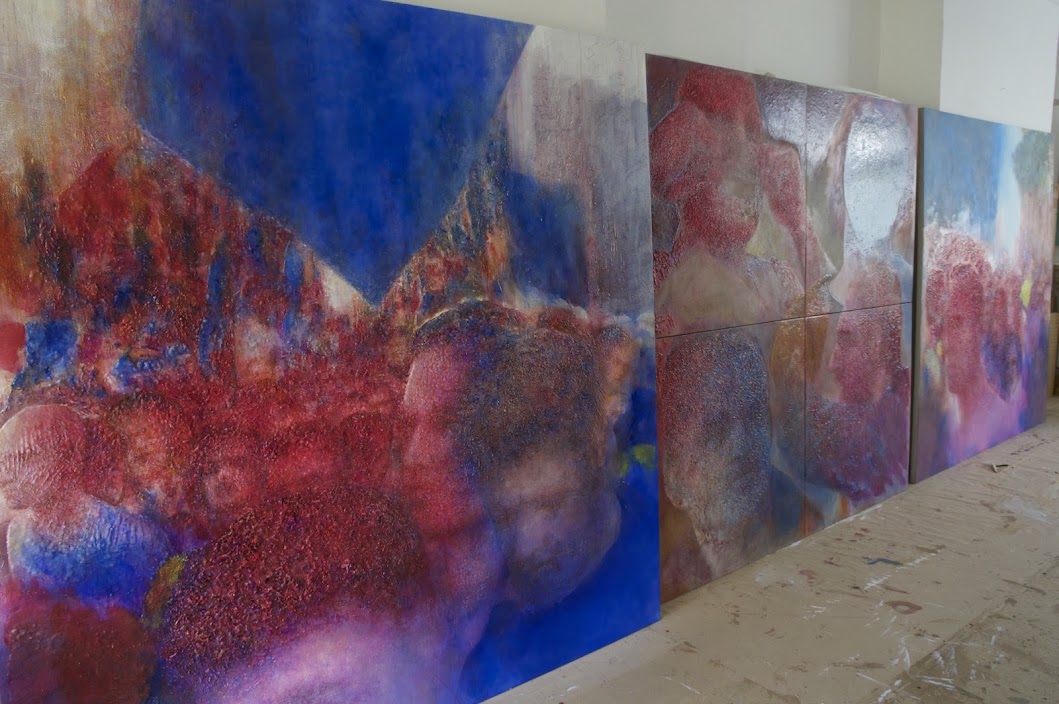 This painting is a three-part work representing the mood prevailing in Great Britain at the time and is based on assembled stills from a high-speed video of the march against Brexit in October 2018. Part 1: Anger, Part 2: Confrontation, Part 3: Crucified 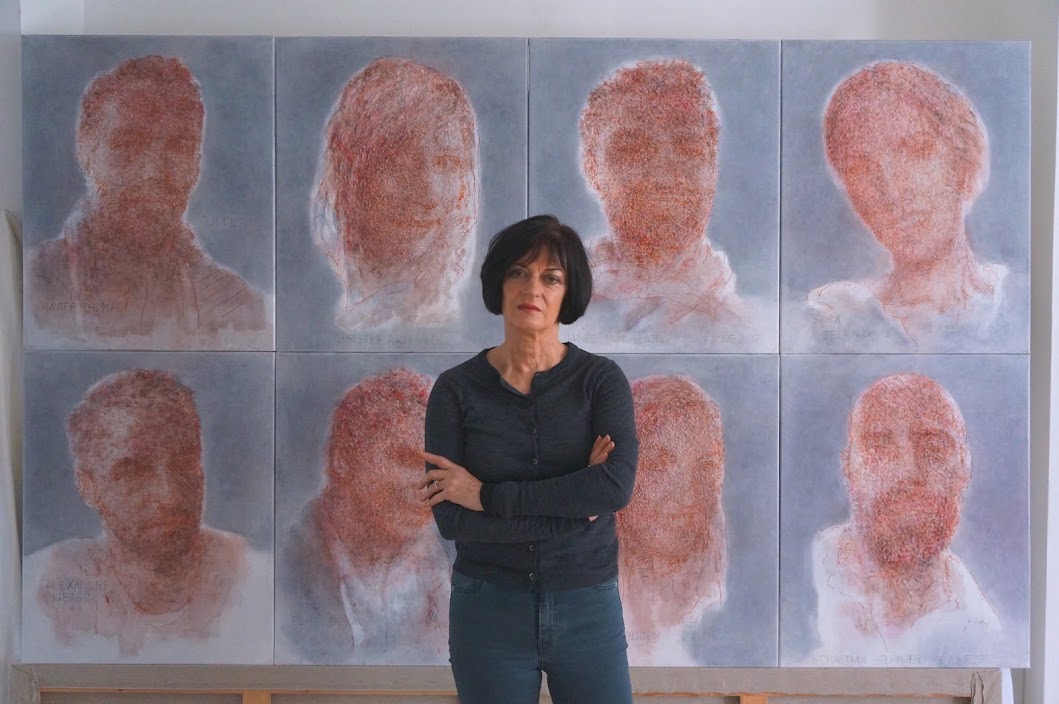 I am a London based painter, born in Germany where I grew up with the challenges of post-war life. I came to England on a scholarship in 1976 and have lived in London ever since.
At the age of nine I declared that I wanted to be an artist and in 1971 I began to study painting at the Städelschule, Academy of Fine Art, Frankfurt which was at a time of anarchy in colleges following the student unrest of the late sixties. Against all trends I immediately knew that I wanted to find a new way of painting.

For almost a decade I worked exclusively from imagination without using any reference material. I have always been guided by my instinct rather than working to a concept. From the beginning my principal goal has been to achieve utmost intensity, aspiring to what I had experienced from artists like Van Eyck, Vermeer and Georges de La Tour.  Initially practicing the old master technique of layering oil paint and egg tempera, I developed this method to an extreme form over the years.

My work deals with the broad issue of human existence, it focuses on fundamental common denominators in a deeply personal way and represents a lifelong journey of exploration of the question of being. I begin a painting by isolating moments of observation, selecting instances that seem generally representative and then translate them into an image that resonates my perceptions.

The originality and content of my work lies in the way I form a painting:
I apply endless layers of various kinds of Acrylic medium mixed with colour pigments and build up a mostly translucent body of paint that sits object-like on the canvas. The surface appearance of a painting can vary greatly and is usually very complex.
Any particular surface treatment is a choice which assigns a level of focus and importance to an area within an image. Paint thickness can vary from watercolour-thin to 15mm thick, smooth or textured, at times aggressively spiky.

The human image is superficially the subject of all my work, but it is ultimately only the foundation that acts as a carrier of my visual language and as a way-in for the viewer. My paintings could be seen as abstract, using representation as one of my tools. I try to express emotion through colour, form and particularly through sensations and associations evoked by the material. There is a distinct conceptual factor in the way I form sections within a painting.

I have no interest in being narrative or descriptive, instead I am interpretive of what I am depicting and allow the viewer to form their own associations.

Despite their large scale, I would like the viewer to experience my paintings from a close proximity, be enveloped by them and become absorbed by their intensity.